For those of you who know me or have been in my home, you know that my favorite kitchen appliance (other than my microwave oven and my toaster oven – are those considered appliances?) is the Vita-Mix. In fact, it is really the only kitchen appliance that I own (other than the aforementioned microwave and toaster ovens). (OK, I lied. I think I have a Magic Bullet and an unused fondue maker thingy. Whatever.)

Also, I hate appliances in general because they crowd up the kitchen counter and take up valuable cabinet space. Just to show you how much I love this thing, I ALWAYS HAVE IT OUT ON MY COUNTER. That is because I use it almost every day. And I love it.

Two true stories about when I first started using the Vita-Mix. (Sadly, they do not show my brain working in the most flattering light. Even sadder – all pre-pregnancy/baby brain. There are no excuses. *sigh*)

Anyhow, when my mom first got the Vita-Mix, she mentioned that it blended everything so well that it would puree even the seeds of grapes so that you couldn’t taste it. She asked me to make her a smoothie, telling me I could just put all the grapes in the blender. Somehow, I took that to mean that I would put all the grapes in the blender, including the stems. Cuz you know, FIBER. I think I did this for at least two weeks until I realized, “Hey, that’s REALLY stupid. Why would you put WOOD into your SMOOTHIE?” But even with my idiocy, the smoothie was SMOOTH. No splinters or wood chips in our drinks.

Then, another time, because I pack so much stuff into the smoothies, I was having a hard time having everything get blended. I don’t know what I was thinking. They have the fancy lid with a hole in it so you can use the tamper tool without either splattering everything on the wall or taking off your hand. Well, I was an idiot and put in the tamper WITHOUT a lid and wouldn’t you know it? The Vita-Mix destroyed the tamper.

So, a normal person would just toss everything out, right? NOT ME. I thought it was a waste of all that good fruit so I picked out all the big plastic pieces of the destroyed tamper and then served it to my mom, Hapa Papa, and I. It was all going so well until half way through my drink, I almost choked on a huge hunk of plastic. Thank goodness neither my mom nor Hapa Papa had drunk any of their smoothies yet.

Now clearly, if an idiot like me can use it, it’s a powerful machine indeed. 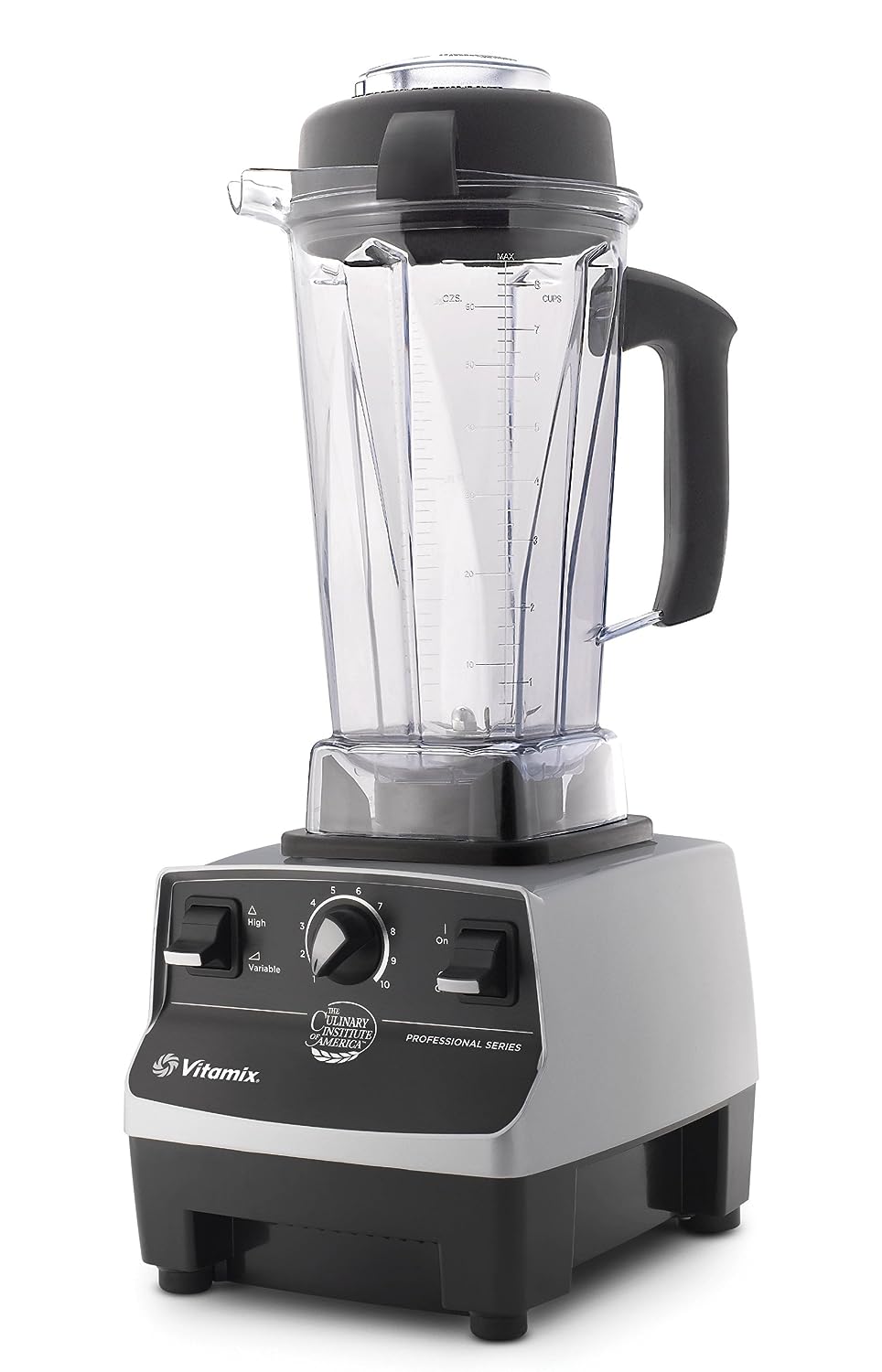 Product: Vita Mix
Company: Vita-Mix Corporation
Rating: 4 out of 5 stars
Disclaimers: I bought mine from Costco during a promotion for $375. I included my amazon affiliate link for this product, but it’s ~$100 cheaper if you just buy it from Costco. I am not being compensated by anyone to post about the Vita-Mix.

Pros: I own it, my mother owns it, my brother owns it, and I pretty much force everyone I know to get one. Because it is awesome. Other than the prohibitive cost, this would be a 5 out of 5 star product. However, if you use the product on a regular (or daily) basis, why it’s almost $1/day (if you buy from Costco). Just think of the savings!

This thing blends everything. (Allegedly, even a mango pit! Because it’s jet engine powered! That last comment may be somewhat of an exaggeration.) The majority of what I make are smoothies – and it is SMOOTH. I tried to compare with a Cuisinart Blender, and it just didn’t compare at all. These are the blenders that Jamba Juice uses for their smoothies – and for good reason. I put in whole grapes with seeds, apple seeds, any fruit with seeds, whatever – and it’s SMOOTH. No prickly bits, no chunks of un-blended fruit or veggies. It’s awesome.

I also use it to make my own almond butter (Cookie Monster is allergic to peanuts), hummus, pesto, sorbets, soups (rarely), baby food, but mostly smoothies. I’ve used it as a mixer for cakes. I’ve used it to chop up veggies. It is awesome. The recipe book is handy (but not necessary), and you can definitely make more stuff – like drinks, soups, dips, etc. I just happen to use it for the things I like. Ooh, and I often put the smoothies in those re-usable fruit pouches for kids to eat, or I put them in popsicle molds for the freezer. (This is how I sneak in veggies into their diets. Plus, it helps them poo!)

The Vita-Mix is pretty easy to clean (you just add dishwashing gel and water and then mix on high). I would recommend cleaning right away if it’s something sticky (like almond butter). For smoothies, often a quick rinse will do.

It’s super easy to use and has a great 7 year warranty. I’ve had to replace some parts and I received it in the mail in less than 2 days! Awesome customer service. Hopefully, I won’t have to use the warranty again, but it’s nice to know it’s there.

Also, you can add on dry-blades if you grind your own flour, etc. but even I am not that hard core. I just have a wet-blade and so far, have not run across any problems.

Cons: Pretty much the only con is the high cost. $375 (the best I’ve seen at Costco) is a lot of money. So, I would only buy the thing if you are sure you will use it. I was already used to making smoothies with my mom’s Vita Mix so I knew I would use mine. Obviously there are weeks I use the Vita-Mix more and weeks I totally forget about it, but over all, I have definitely gotten my money’s worth!

Anyone with the Vita-Mix care to comment and join the fray? (I know, a discussion on blenders is not exactly the most thrilling of topics – but let me tell you, it is HANDY! And makes my job as a mom much easier.)

My Kids Can’t Read But Are Expert YouTube Surfers

My Children Are Not Me

Time Is The Real Killer

Virginia Duan is the entertainment editor for Mochi Magazine and the Living Justice Editor for Diverging Magazine. She’s written for sites like Parents, Scary Mommy, Romper, Healthline, and Mom.com, has been quoted in The New York Times and HuffPost, and was a guest on the Tamron Hall Show. Virginia reacts to K-pop on YouTube, hosts the Noona ARMY Podcast, and founded BrAzn AZN, a series for Asian Pacific Islander Desi American creatives. Located in the Bay Area, Calif., she bilingual homeschools her 4 kids in Chinese and English. She is currently working on multiple novels and looking for representation.

You have Successfully Subscribed!

Tips for teaching your kids Chinese.

Delivered magically to your inbox every week.

You have Successfully Subscribed!