You are here: Home / Learn Chinese for Kids / The Real Point of Learning Chinese 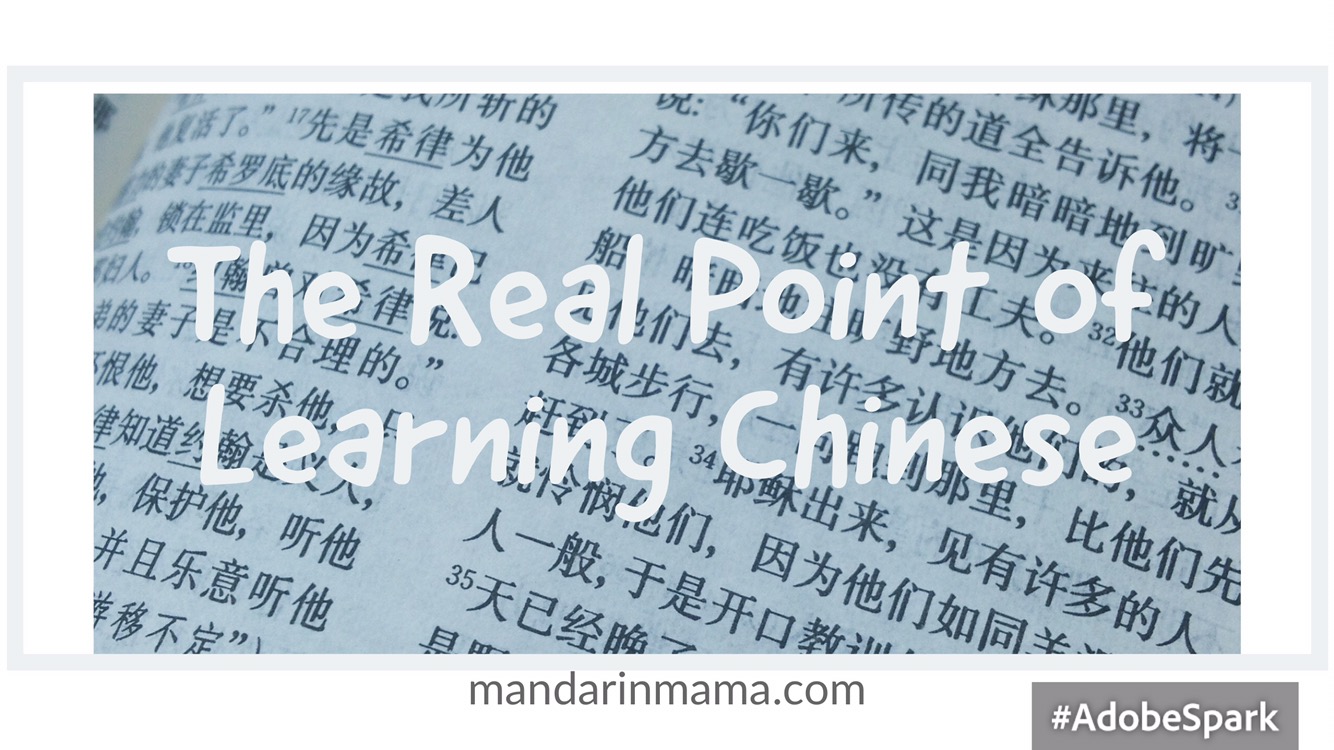 **You can find an updated version of this piece, along with exclusive new chapters, in the ebook, (affiliate link) So You Want Your Kid to Learn Chinese.

No matter how hard I try, every now and then, I have to remind myself that learning Chinese is not a competition.

This seems so obvious when it’s written out in black and white. (And also, I feel very foolish because it’s now one more piece of evidence that I am a petty, petty person. But I suppose that is no surprise to anyone who has ever read anything I have ever written. Or met me. I digress.)

One of the toughest things about parenting is resisting the urge to compare my children with other people’s children. And of course, when I add Chinese fluency/literacy to the mix, it is just one more thing in the parental jockeying portfolio to prove that I am a better parent than other parents (at least in Chinese acquisition).

After all, if my children understand/speak/read/write Chinese better than other people’s children, then that must validate whatever I’m doing to have my children be fluent/literate in Chinese. (Who cares that my kids are illiterate in English? That’s on purpose. And besides, English is easy.)

And if my kids are “better,” then I am validated as a parent and therefore, as a person. Which makes me better than other people. WHICH CLEARLY IS OF UTMOST IMPORTANCE.

It doesn’t matter if my kids know more or fewer characters than other kids. How much or little other kids can read has absolutely ZERO effect or influence on how much my kids can read.

It’s not as if Chinese is a pie wherein if your kid is more fluent, they have a bigger piece of pie and therefore my kid now has a smaller piece of pie.

There is no finite amount of Chinese in the world and if someone happens to be more literate, there are now fewer Chinese characters for you to learn to read.

That’s not how learning works.

That’s not how language works.

WE CAN ALL HAVE PIES.

(Yes, I suppose even your children.)

And here’s the other rub. The even pettier part of my dark, dark soul.

I don’t want other people to have pie.

Which is dumb because what does other people’s pie have to do with MY pie? (Or in this case, our children’s pies.)

Also, if other people’s kids don’t have “pie,” with whom will my children practice their Chinese?

Look. I get that many of us want to know how other people’s children are faring in Chinese because then we get a quick gauge on how well our kids are doing. After all, it can be useful to see if my kid is “at level” (whatever your metrics are) or not. That way, I can determine whether or not I need to do more work or just coast on my awesomeness.

(Coasting on good looks alone is difficult when it comes to fluency. Our kids’ stunning faces can only blind people’s eyes, not stop their ears.)

Here’s the thing though: even when your kids are “better” than other kids in Chinese, that is completely meaningless.

Because just because your kids are “better” doesn’t mean that they are actually fluent (or literate).

After all, my children are BETTER than Hapa Papa in Chinese, but that is meaningless because Hapa Papa cannot speak ANY Chinese.

And sure, my children are BETTER than some of my friends’ children at reading Chinese, but they STILL ARE NOT LITERATE. They are just slightly LESS illiterate.

Better is a relative term. Useful for making ourselves feel superior to other people, but meaningless in terms of actual fluency or literacy.

So, before we get too uppity or bummed out about our children and their Chinese fluency and literacy, let’s remember what the REAL point of learning Chinese is.

The REAL point of learning Chinese is to be able to:

1) Understand when someone is speaking Chinese to you

2) Speak and be understood by others when speaking Chinese

In other words: to communicate.

I realize this might be a super Captain Obvious type of post, but I think it’s something that we as parents occasionally lose sight of.

All this effort we pour into our kids learning Chinese (and really, anything at all), is not to be better than other people at it, but to be able to use it in a way that is useful. And in the case of Chinese, it is so that our children can communicate effectively with people who speak Chinese.

Alright, perhaps this post was more for myself than for any of you, dear readers. Have a great weekend! 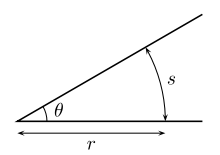 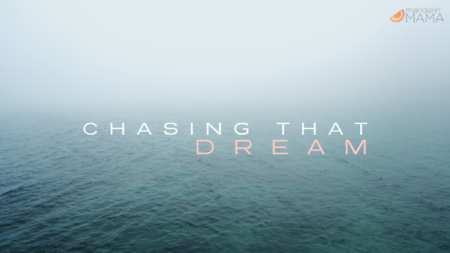