You are here: Home / Parenting / What Liam Neeson and Hapa Papa Have in Common

Okokok. So perhaps this title is a bit misleading. But stick with me for a few more seconds.

You see, lately, it’s become ever more apparent that Hapa Papa and I are totally failing at our respective roles. We are totally half-assing things and while amusing for the short haul, it is somewhat alarming (in a climate change-y kinda way) for the long run. Because Hapa Papa is fortunate enough to work from home most days (unless he’s “on vacation”), our kids have no concept of what it means to work (and work hard). I think they vaguely think that work means to be on the computer, go to airports, and stay in hotels. (Cookie Monster demands a Facetime tour of every hotel room Hapa Papa stays in. He particularly likes seeing the bathrooms. He’s a weird kid.)

Anyhow, Hapa Papa is always marveling that he used to work hard but now he has completely lost that ability. In fact, it has gotten so bad that work tasks that used to be easy can occasionally be stumbling blocks.

When I expressed concern over his job security, Hapa Papa responded, “Don’t worry. It’s like Liam Neeson in that movie, Taken. I don’t work hard, but what I do have is a very particular skill set.”

Here’s a clip of that scene for reference. You know, because I’m helpful like that.

Also, should I be offended that Hapa Papa includes me on the Mediocrity Train? Because when he is home, I cede all parenting duties to him and go out with my friends? (To be fair, it was my birthday.) And then when he has the nerve to actually go into work, I have  no idea what to do with my kids when they’re not in school or napping.

I really don’t know why people think I have a hard job. Yes, yes. I have three children. But seriously, short of making sure they are fed, wiping their bottoms, and occasionally separating them from all out brawls, I don’t really do much. No, I’m not underselling what I do. Please believe me when I say, I had multiple children for a reason. So they can play with each other and I can ignore them. Yes, even Glow Worm, the baby. He is very independent.

I can’t help sometimes feeling like I’m failing as a mother, though. Or if not failing, precisely, that I am quite mediocre because I am not making them do flash cards or whatever. It’s because I’m extremely lazy. That’s why I bought all those educational toys. They can learn while they play, right? Playdough and coloring are good, right? Spacial awareness and art and stuff? Tactile and fine motor skills? It’s also why I bought all those Chinese DVDs! They’re not zombie-ing out. They are LEARNING MANDARIN.

But then, I think back to my childhood and you know what? My parents didn’t play with me. I had piano lessons and Chinese school, but other than that, my days were filled with school, homework, hours and hours of TV and books. I went to a good school and turned out fine. (Hapa Papa occasionally likes to mock me and say that I went to a better school than he did but I don’t get paid. Then, I throw back that I don’t have to work and spend all my time buying stuff on Amazon and Costco and hanging out with my kids. Who’s smarter now? He usually concedes the argument at that point.)

Anyhow, not sure what my point is today except that um, yes. I’m a mediocre parent and I’m okay with that. Have a wonderful long weekend! 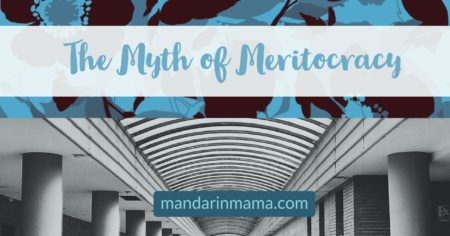 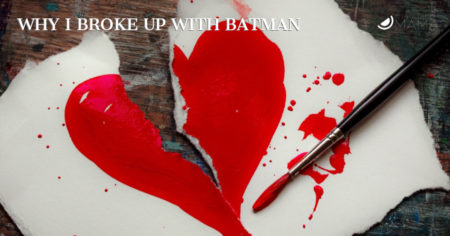